As a children’s entertainer, I suppose my initial advice to parents thinking of having a kid’s party should be to book the entertainment first, but it’s not. As a parent I know better. If the party isn’t at home, then secure the venue first. As parents, we all know kids can entertain themselves, but a party is different of course. If you have no place to have it then entertainment is moot. Book the room!

Most places set up for kids parties usually have food, of course, but not entertainment. So booking the entertainer is the close second to getting a venue (restaurants, pizzerias, community centers, yoga places, local Knights of Columbus hall or religious center). It may sound obvious but I would book a venue as close to YOUR home base as possible, especially if you are doing the decorating as well.

Back to getting the room.

Many party places book well in advance and if you don’t jump right on that then you will find yourself juggling alternate dates, pushed further and further back from your child’s actual birthdate. Or you may be stuck either at home anyway or a public space like a park (which sometimes takes a registration as well, especially popular local parks). Outside you must contend with the weather and heat (or lack thereof) and various intagibles. And that is okay, if it doesn’t rain or isn’t very hot that day. Or too cold! Inside at home, it’s on you to not only prepare the party, but throw the party and then clean up after the party. So book the party space first! And then you can move on to the entertainer.

There are a couple of variables to consider when considering a children’s entertainer. After you decide what type of entertainment you would like, do not base your decision on the website that respresents their business. Make a call. Speak to someone and get a feel for who they are or what they are proposing for the kid’s big day. Of course, the person taking the call may not be the entertainer themself, but still, the personal touch, even over the phone, is important because you are bringing a person into your children’s orbit. It isn’t only the date but the time of day you want to lock in, so, again, start early on these two first steps. The 2nd of May may be great, but the late morning won’t work, so that means a later in the day party which may have consequences on guests who may have to travel. Things can unravel pretty quickly.

The type of entertainment must also be thought through as well. As much as we would love to book a kids puppet party for everyone, we know it wouldn’t really be age appropriate for a group of nine year olds, so we would never book that party. Just as a boistrous music set might be too much for toddlers. a general rule of thumb is get entertainment that is great for a mixed age group, unless the age range is close. An all two year old party is a much different affair than a seven year old boy’s dinosaur birthday party.

It may seem like a given but you would be surprised at the number of potential clients I have to turn away because they waited too long either to initially call or following up after making contact. And the date may be available but the time to wish to start the entertainment might not be. So the advice from a kids entertainer and parent is to book the room first then book the entertainment. But do it a soon as you decide you are having a kid’s party.

Packing tons of fun into every one of our kids’ parties 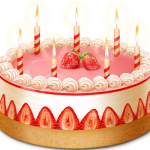 Ken & The Kids Party Puppets come to you with a unique, fun-filled and totally interactive puppet show. Special events are, well, special. And if there are children present, why…

END_OF_DOCUMENT_TOKEN_TO_BE_REPLACED 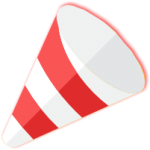 The hidden population behind every company are the children of its employees. We offer a huge range of high energy, kids party packages.We cover New York and surrounding areas. Contact…

END_OF_DOCUMENT_TOKEN_TO_BE_REPLACED

Ken & the Kids Party Puppets have a special way to celebrate just about any special event! We offer awesome world -class entertainment for kids party events. This includes amazing…